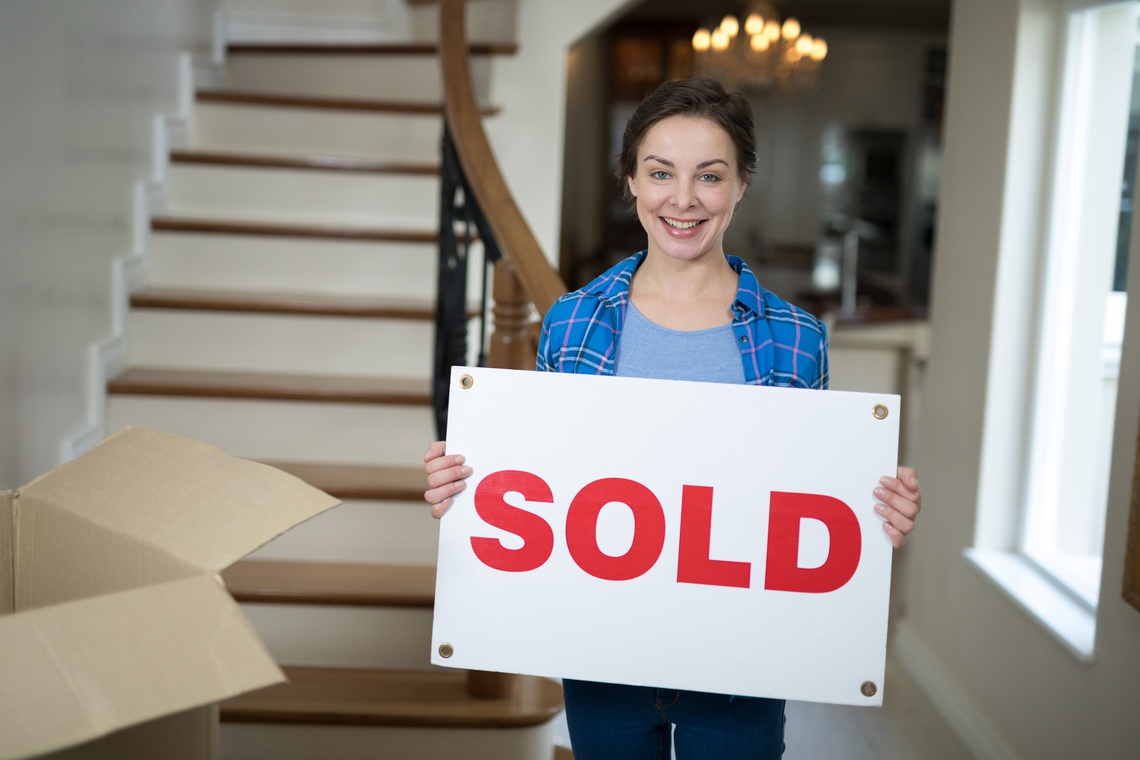 9 Housing and Mortgage Trends to Watch for in 2019

It’s going to be a challenging year for home buyers in 2019: They will continue to compete for a short supply of homes. Home prices and mortgage rates are likely to keep moving upward, bruising affordability.

But 2019 is likely to bring some welcome developments, too, for buyers and mortgage borrowers. Builders are constructing more entry-level homes, lenders are gradually making it easier to qualify for a loan, and first-time home buyers are getting the attention they deserve.

Here are nine housing and mortgage trends to watch for in 2019.

Real estate has been a seller’s market for more than six years, meaning that there are more would-be buyers than homes for sale, sliding the balance of negotiating power in sellers’ direction. It will remain a seller’s market in 2019.

A prolonged seller’s market is not the ideal situation for home buyers. But the forecast contains some hope: The number of homes for sale is expected to rise. The problem is that the pent-up demand is still expected to continue to exceed supply, even with more homes for sale.

Realtor.com’s forecast sums it up this way: “While the situation is not getting worse for buyers, it’s also not improving notably in the majority of markets.”

How bad is the shortage? Freddie Mac, a government-sponsored enterprise that provides capital to the mortgage market, estimates that 370,000 fewer homes were built in 2017 than were needed to satisfy demand resulting from population growth. “Until construction ramps up, housing costs will likely continue rising above income, constricting household formation and preventing home-ownership for millions of potential households,” Freddie Mac concludes.

2. Home prices will keep going up

Home prices are expected to deliver a good news, bad news year in 2019.

First, the bad news: Home prices are predicted to keep rising. The good news is that most forecasters believe prices won’t rise as fast in 2019 as they did in 2018.

CoreLogic and Realtor.com also predict a slowdown in sale prices of existing homes in 2019.

Home price appreciation has slowed in 2018, says Frank Nothaft, chief economist for CoreLogic. “Rising prices and interest rates have reduced home buyer activity and led to a gradual slowing in appreciation,” he wrote in a market commentary.

Not everyone believes the pace of home prices will slow in 2019. One outlier is Fannie Mae, another government-sponsored enterprise. It forecasts that median prices for existing homes will go up 4.7% in 2019, compared with 4.5% in 2018. (The housing market is big, and Fannie Mae, NAR and other market participants don’t always end up with the same estimates.)

From the beginning of 2018 to mid-December, 30-year fixed mortgage rates went up a little less than three-quarters of a percentage point, to around 4.75%. Forecasters expect mortgage rates to rise again in 2019 — but at a slower pace.

Keep in mind that these are predictions about where mortgage rates will end this year and end next year. In between, mortgage rates can bounce up and down.

For example, in NerdWallet’s daily mortgage rate survey, the 30-year fixed-rate mortgage started the year averaging 4.09%. On Nov. 9, the average hit its high for the year at 5.09% — exactly one percentage point higher. Then it fell more than a quarter of a percentage point in one month.

“We do worry about affordability, particularly in some areas that have lower inventory” of homes for sale, says Randy Hopper, senior vice president of home lending for Navy Federal Credit Union. The places with low inventory tend to be places where home prices rise fastest, as the demand for homes exceeds supply.

Hopper says a gradual rise in mortgage rates won’t cause most prospective buyers to give up on homeownership. On a $300,000 home, an increase of a quarter or a half percentage point “is only going to impact the payment by between $75 and $100 a month,” he says, “which isn’t insignificant, but it’s not necessarily something that impacts the buying decision.”

Danielle Hale, chief economist for Realtor.com, says many markets are reaching the point where a typical home price is bumping up against affordability limits. She believes prices will eventually  slow their increases to fall back in line with incomes. In 2019, she expects to see big sales increases in more-affordable areas such as El Paso, Texas; Tulsa, Oklahoma; and Chattanooga, Tennessee.

From a home buyer’s perspective, most markets need more houses for sale, and they need to be on the affordable end of the price scale. After all, many first-timers buy starter homes instead of forever homes, with prices below the area’s median. There are signs that home builders are responding by building smaller, more affordable homes.

“Continuing a multiyear trend, new single-family home size decreased during the third quarter of 2018,” wrote Robert Dietz, chief economist for the National Association of Home Builders, in a November blog post. “New home size has been falling over the last three years due to an incremental move to additional entry-level home construction.”

Hopper says Navy Federal’s members typically shop for homes costing less than $300,000 — and they like to buy new homes. He says he’s encouraged that builders are focusing on these customers.

“I think for many years, the builders were focused on that $500,000-and-up market because the margins were healthier,” he says. “But they’re starting to find now that there’s so much pent-up demand in the lower-end-priced market that they can sustainably offer communities and new construction, and we’ve seen a lot of growth in that space.”

The mortgage and real estate industries are focused on serving first-time home buyers, and for good reason: “First-timers have dominated the mortgage market for the past 10 years, and their share today is still high,” according to an Urban Institute report published this summer, which adds: “We don’t see this changing anytime soon.”

Before the housing crisis, first-time home buyers took out about 40% of purchase mortgages, according to the institute. Lately the first-timer share has been about 60%.

Tian Liu, chief economist for Genworth Mortgage Insurance, says 80% of the growth in home sales in the past three years has come from first-time buyers, and the reason is simple: They represent years of pent-up demand.

“Between 2007 and 2015, our estimate is that roughly 3 million first-time home buyers delayed buying a home, and they’re reaching that age when they can no longer delay,” Liu says. “Their housing needs are really catching up with them. It doesn’t feel right to be raising a family in a rental apartment. They want to own their place. So I think those drivers will be very significant for the next few years.”

Mortgage lenders learned an enduring lesson in the housing crisis a decade ago: Make sure borrowers can repay their loans. So lenders tightened mortgage standards, partly on their own and partly in response to a regulatory crackdown on risky mortgages. These changes made it harder to get a home loan.

The Urban Institute’s Housing Finance Policy Center has argued that lenders overcorrected after lending too freely in the two or three years preceding the financial crisis of 2008.

There is evidence that lenders agree. Gradually, they have been relaxing lending standards.

“Not drastically, but looser than it was a year ago,” says Matt Hackett, operations manager for Equity Now, a mortgage lender in New York City. “It’s not a floodgate scenario where people just start changing guidelines drastically.”

He says he has observed that the relaxed standards come in the form of reduced documentation requirements, lower credit scores and bigger loan-to-value ratios (smaller down payments, basically).

It’s almost as predictable as May flowers following April showers: Whenever rates on fixed-rate mortgages go up, you’ll see more borrowers opting for adjustable-rate mortgages. It happened in 2018 and it could continue into 2019.

Borrowers choose ARMs because the initial rates on adjustables are lower than the rates on fixed-rate mortgages. This gives borrowers lower monthly payments in the first few years. ARM borrowers take the risk that their rates and monthly payments could climb when the rate-adjustment period begins.

More borrowers have been accepting the risk. In October, 8.2% of mortgages were ARMs, according to Ellie Mae; 12 months earlier, ARMs had a 5.5% share of mortgages.

Rising rates on fixed-rate mortgages aren’t the only reason for adopting ARMs. Adjustables are most popular in the highest-priced housing markets, such as San Jose, according to CoreLogic.

Taking out an ARM as rates rise, like now, could be a bad idea because borrowers might face higher mortgage payments once the annual loan adjustments kick in.

But getting an ARM can be a good strategy for borrowers who don’t plan to overstay the initial interest rate. A 3/1 ARM, for example, has a lower introductory rate that lasts three years and then adjusts annually afterward. Someone getting, say, a 5/1 ARM is betting that they’ll refinance or sell the home within five years or so, before the rate potentially adjusts upward.

As mentioned before, 2019 will remain a seller’s market, where would-be buyers outnumber the supply of homes they can afford. But that doesn’t mean home sellers can expect bidding wars from desperate buyers.

That’s especially the case with people who are selling homes that are priced above the median for their local market, Realtor.com economist Hale says. First-time buyers dominate most markets, and they tend to shop for homes priced below the median. As a seller, Hale says, “if you’re in that above-median price point, you’re going to have to price competitively and offer incentives for buyers.”

To apply for a loan from MTC Federal Credit Union, you must be a credit union member. Learn more. If you have questions or need assistance, contact one of our Mortgage Experts at 800-442-7792 or visit a branch near you.

Finding your next home starts here with our Guaranteed Better Mortgage.
Learn More

See current rates for all of our loan options.
Learn More

Speak with A Mortgage Specialist

Have Questions? Schedule an Appointment with a Mortgage Specialist at a time convenient for you.
Learn More